Tangles of the protein tau and plaques of beta-amyloid are known to be precursors of Alzheimer’s disease. That being said, between 30 and 50 percent of those who present these brain pathologies do not go on to develop Alzheimer’s symptoms within their lifetime.

Why does this happen? Researchers from the University of Alabama at Birmingham (UAB) may have found the answer: dendritic spines. These are “door knob-shaped” parts of a neuron that help it connect with and send information to other neurons.

New research suggests that these neuronal subunits protect against Alzheimer’s disease. Jeremy Herskowitz, Ph.D., an assistant professor in UAB’s Department of Neurology in the School of Medicine, led the study.

He explains, “One obvious culprit in Alzheimer’s disease is the loss of dendritic spines and thus the loss of synapses […] This would impair the ability to think, so the assumption has been that those without dementia had healthy spines and those with dementia did not.”

“But,” Prof. Herskowitz notes, “no one had gone in to see if that was true.” Therefore, he and his team set out to investigate.

Their findings were published in the journal Annals of Neurology, and the first author of the paper is UAB’s Benjamin D. Boros.

To see whether or not dendritic spines have a protective effect against Alzheimer’ disease, Prof. Herskowitz and team compared the dendritic structures of 21 patients with Alzheimer’s, those of eight controls who had Alzheimer’s brain pathologies but no symptoms, and those of 12 healthy controls. Patients were recruited from the memory clinics at Emory University in Atlanta, GA.

Using bright-field microscopy, Prof. Herskowitz and team took multiple images of the dendritic spines. Then, they used the images to create a 3-D digital reconstruction of the structures. 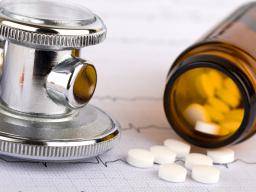 Prof. Herskowitz explains the study’s findings, saying, “We first noted that the control group had more dendritic spines than the group with Alzheimer’s, which matched beautifully with existing historical data.”

“But we also saw,” he continues, “that the group with Alzheimer’s pathology but no disease also had more spines than the Alzheimer’s group. In fact, they had roughly the same spine density as the control group.”

“What is even more exciting,” adds Prof. Herskowitz, “is that the ‘pathology but no disease’ group had very long spines, longer than both the control group and the disease group.”

He says that longer dendritic spines might mean greater neuroplasticity. This, in turn, would explain how the dendritic spines could move around the brain pathologies — that is, beta-amyloid plaques and tau tangles — and still be able to communicate with other neurons.

This could be “why some people are cognitively resilient to Alzheimer’s disease, even if they possess the typical Alzheimer’s pathology,” explains Prof. Herskowitz.

In their paper, Boros and colleagues conclude:

“These observations provide cellular evidence to support the hypothesis that dendritic spine plasticity is a mechanism of cognitive resilience that protects older individuals with AD [Alzheimer’s disease] pathology from developing dementia.”

Speaking about asymptomatic people with Alzheimer’s disease brain pathologies, Prof. Herskowitz says, “Our study showed that these individuals had larger, more numerous dendritic spines than those with dementia, indicating that spine health plays a major role in the onset of disease.”

He also ventures possible explanations for why some people have healthier and more numerous dendritic spines. For example, the density and plasticity of these neuronal components could be genetically predetermined, he says, or they might be influenced by a healthy diet and lifestyle — factors that are believed to prevent dementia.

Medical News Today have recently reported on research that suggests that as many as 1 in 3 casesof dementia can be prevented by exercising more or having a more active social life.

Speaking about his new research, Prof. Herskowitz says, “[These] data [suggest] that rebuilding neurons is possible.”

This makes him hopeful that the study’s findings will lead to new therapies for preventing Alzheimer’s disease; “This provides a target for drugs that would be designed to support and maintain dendritic spine health in an effort to rebuild neurons or prevent their loss,” he explains.

“[A]s we are better able to identify the increase of amyloid and tau early in the progression of the disease, even before symptoms arise, we might be able to one day offer a medication that can contribute to maintaining healthy dendritic spines in those with the Alzheimer’s pathology.”

How 20 minutes of intense exercise can boost memory

The most frustrating things about being chronically ill