Alzheimer’s disease is the most common form of dementia, accounting for around 60 to 80 percentof cases. Around 5.5 million adults in the United States have the condition, of whom around 5.3 million are aged 65 and older.

In Alzheimer’s, brain cell death has been partly attributed to a protein called tau. This protein can form “tangles” that interfere with the nerve cells’ transport system, preventing them from receiving the nutrients they need for survival.

FTD is a rarer form of dementia characterized by nerve cell loss in the frontal lobes of the brain. This can lead to personality changes and mobility impairments, as well as problems with language, speaking, and writing skills.

It is estimated that around 50,000 to 60,000 people in the U.S. are living with one of two primary forms of FTD: behavior variant frontotemporal dementia or primary progressive aphasia.

As with Alzheimer’s disease, nerve cell loss in FTD has been attributed, in part, to tau accumulation. The condition has also been linked to the buildup of a protein called TDP43.

The new research from Dr. Katz and colleagues furthers our understanding of the mechanisms underlying nerve cell death in Alzheimer’s disease and FTD, after uncovering a crucial role for LSD1, which is also known as KDM1A.

For their study, the team deleted the LSD1 gene in adult mice. Their initial aim was to determine whether or not the gene is involved in the generation of sperm, after a previous study they conducted revealed that LSD1 is important in early embryonic development.

Their research took another direction. The team found that deleting LSD1 in the rodents triggered nerve cell death in the hippocampus and cerebral cortex of their brains, which led to paralysis and deficits in learning and memory. 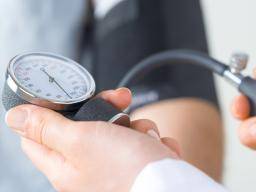 On further investigation, the researchers found that the gene activity in the brains of these mice was associated with alterations in cell metabolism, cell signaling, and inflammation similar to those seen in the brains of individuals with Alzheimer’s disease and FTD.

Interestingly, however, the LSD1-deficient mice showed no signs of tau or TDP43 accumulation in their brains.

“In these mice,” notes Dr. Katz, “we are skipping the aggregated proteins, which are usually thought of as the triggers of dementia, and going straight to the downstream effects.”

Next, the researchers analyzed brain tissue samples from patients who had either Alzheimer’s disease or FTD.

They were surprised to find that LSD1 had accrued in the tau tangles of Alzheimer’s patients, as well as in the TDP43 aggregates of patients with FTD.

“In both diseases, the LSD1 protein was aberrantly localized in the cytoplasm, along with these pathologies,” says Dr. Katz.

“Since LSD1 is normally localized in the nucleus,” says Dr. Allan Levey – director of the Alzheimer’s Disease Research Center at Emory University in Atlanta, GA – “these findings provided clues [as] to how it might be linked to the massive yet selective neurodegeneration that we observed in the LSD1-deficient mice, in the same cortical and hippocampal regions known to be vulnerable in these two distinct human neurodegenerative diseases.”

Taken together, the researchers say that their results “indicate a potential link between the loss of LSD1 and these human dementia cases.”

The team also believes that LSD1 is needed in order to suppress other, potentially harmful gene activity. They speculate that a buildup of protein aggregates in nerve cells causes LSD1 to be hidden away in the cytoplasm, which stops it from doing its job.

“As a result, the inhibition of LSD1 by the pathological aggregates in the aging neurons of AD [Alzheimer’s disease] and FTD brains creates a situation where neurons are subject to an onslaught of detrimental processes. This results in neuronal cell death and dementia.”

In future studies, the team plans to further unravel the role of LSD1 in Alzheimer’s disease and FTD, and they would like to test whether compounds that boost the function of LSD1 could help to treat these dementias.

How 20 minutes of intense exercise can boost memory

The most frustrating things about being chronically ill